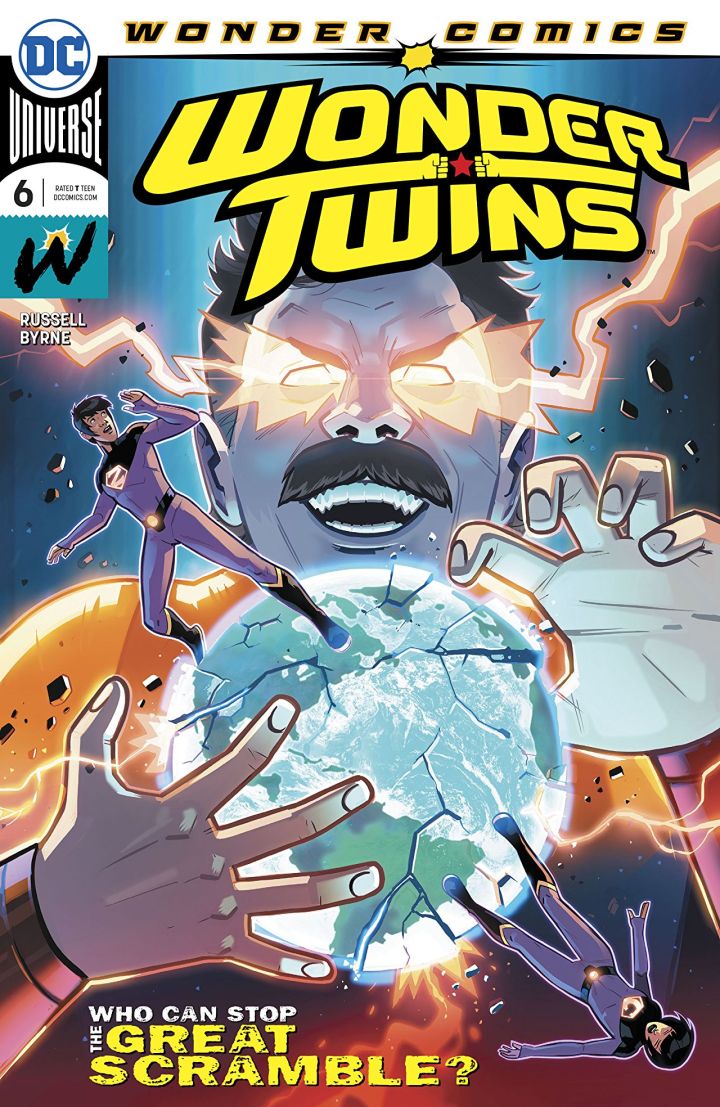 Synopsis in a Sentence: The Scrambler’s plans are foiled by Zan so world leaders can keep being jerks, man.

We start out this issue 30 days out from the Great Scramble. The Scrambler has already proven he can pull his consciousness-switching scheme having scrambled a million people already, although we only see one affected person in Lex’s prison (of course). I’d say take a shot every time I write “scramble” in this review, but I did so while reading this issue and nearly died.

At any rate, shit is looking bad for our over-simplified world leaders as well as the Justice League, who can’t find the whereabouts of the nefarious villain. “But wait, didn’t the Wonder Twins bust some of his buddies recently?” wonders Superman, before sending the two teens off to chase the only lead on this earth-shattering crisis. Riiiight.

Zan fails at interrogating Praying Mantis, but Jayna, disguised as a fly, picks up that the Scrambler was last seen talking to Filo Math, so she heads to her friend’s pad. Sure enough, there are Polly and the Scrambler, and rather than, I don’t know, act HEROIC, Jayna not only hears out their side of the argument, but doesn’t even report them to the Justice League. Because they’re making the world better. Or something.

Luckily Zan decided to risk de-molecularizing (if that’s a word) and found the villains, right before 300 laws ending poverty, incarceration, global warming, puppy kicking, etc were signed, to the relief of every (naturally) evil world leader. Man, I am tired of Mark Russell’s oversimplification of world issues at this point. Can I get a fun Wonder Twins comic please? Polly and Scrambler are arrested, but we’ve got 6 more issues to “look forward to.”

Stephen Byrne’s art is stupendous as always, and Russell can have witty moments when his self-righteousness doesn’t get in the way. The message is a good one, but I’m tired of getting hit over the head with it repeatedly. I hope the next arc gets back to what we saw in issue one- namely more of the Twins’ fish-out-of-water experiences, and less over-reaching social commentary. 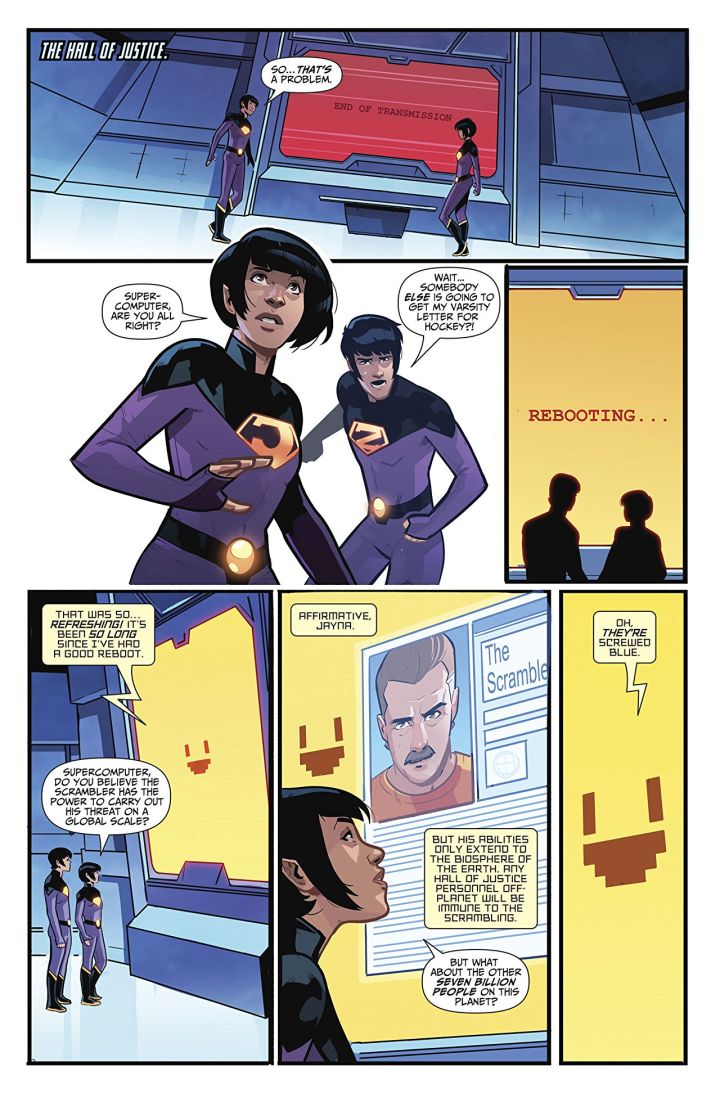